Connecting with your new community through volunteering

When I moved back to my beloved native Senegal in 2014 after living in Europe for seven years, I never imagined that I would end up in Québec five years later.

Yet in 2019, I landed in Montréal, intent on getting a job and finding my place in Québec society. Everything seemed so different from what I had experienced in Europe and Africa. But being in a French-speaking cosmopolitan city, that is easy to navigate and welcoming to newcomers, quickly helped me feel at home.

A sense of belonging

One thing that made me feel at ease as soon as I arrived was the use of the less formal tu instead of vous (in French) – a reflex that is deeply ingrained in the local culture. What’s more, I was surprised to find a strong sense of community and a host of initiatives and institutions promoting diversity and inclusion.

In July 2020, I began looking for employment after attending an Objectif Intégration session offered by the Ministère de l’Immigration, de la Francisation et de l’Intégration (MIFI). The session, which is free of charge for newcomers, discusses transitioning to Québec society, outlines Québec values, and provides information on the labour market to help immigrants better understand their new home.

As part of my job search, in addition to cold calling companies and applying to job posts, I also sent personalized emails and LinkedIn messages to people whose profiles and career paths inspired me.

I was amazed at how many replies I received from professionals in various industries who were eager to offer advice and suggestions to help me on my journey. Over four months, I had reached out to more than a thousand people and over 40 percent of them got back to me. It was a full-time job that really paid off as it prepared me for remote work and the over 200 virtual interviews I was invited to. That great start gave me the confidence and energy to keep going.

Networking: A newcomer’s gateway to success

As the pandemic forced much of our interaction online, I began building my network in Montréal by participating in virtual events and reaching out to others (e.g., via LinkedIn, emails and referrals).

I had many meetings with people who were generous with their time and guided me in the right direction. Eventually, I found the perfect job for me. Today, I continue to engage with inspiring individuals, whom I now have the chance to meet in person, and I try to do my part by supporting newcomers arriving in Québec.

During my job search, I noticed that many people were members of networks or associations, and I was advised to join one too. That fit perfectly with my plans, as I had been involved with various organizations for the past 15 years or so.

The JCCM: A big family, not just an organization

Discovering the Jeune Chambre de Commerce de Montréal (JCCM) in the middle of a pandemic, at a time when I had only a handful of contacts in Québec, was like a breath of fresh air. My networking efforts had yielded a list of about 20 networks and organizations, but I really connected with the dedicated volunteers at the JCCM, so I decided to get involved.

I’m still proud to belong to the big JCCM family two years later and I’m very much determined to help others explore Montréal and all the things we love about the city. I encourage you to join us so you can meet other inspiring young people as you build and maintain your network. With more members like you, we can continue to be the largest junior chamber of commerce in the world.

Founded in 1931, the JCCM is a group of students, professionals, entrepreneurs and self-employed workers aged 18 to 40, whose mission is to develop the next generation of business talent (through networking, training, mentorship, and contests) while remaining strongly committed to fostering diversity, inclusion, leadership, and much more. Join the JCCM today! 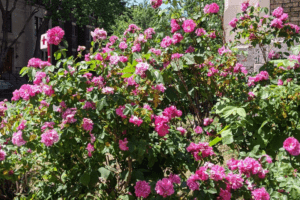 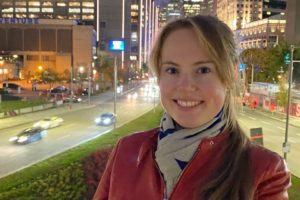 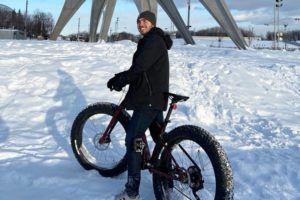 Why I chose to study and work in Montréal