HomeBlogMy journey with the French...

My journey with the French language 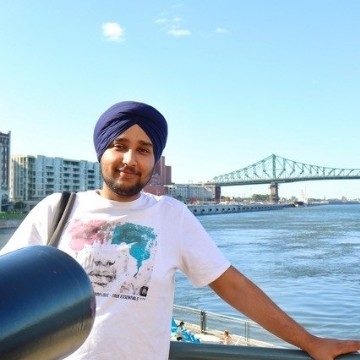 The beginning of my French learning journey

I started learning French in 2018 with Alliance française de Chandigarh, a well-renowned school in India that offers French intensive courses. I enrolled in a beginner-level intensive program in which I focused mainly on grammar and conjugations. I would recommend to anyone who’s learning a new language to have a basic understanding of the verbs. It will be your stepping stone to mastering French.

I remember when I went to my first class and, as soon as the professor entered the room, she started speaking in French although no one in the class even knew what “bonjour” meant. At first, I was a bit confused about the teacher introducing herself only in French, but after some time I realized that one can only learn a language when one is put in an environment where that language is dominant. This can be done physically, like being in class or going to a French-speaking country, or French-speaking province like I did, but can also be done without leaving your home. For example, I changed my phone language from English to French thinking that it would help me learn more, which it did.

I started as a beginner, but after spending 6 months at Alliance française, I enrolled for DELF (Diploma in the French language) A2 exam which I successfully passed. What is A2 you might ask? Well, to help describe your language ability, a tool was created by the Council of Europe to classified your proficiency with different levels – the Common European Framework of Reference for Languages (CEFR): level A, B and C. In summary, it goes from A to C, A1 being for beginners while C2 being for those who have mastered the language.

When I thought of my next step, I started looking for a B1 intensive program but ended up not being able to enroll since there were no places left. I still think that, if I had done B1 intensive back home, my French would have been much better, but that’s in the past and I prefer to look up to the future instead.

My experience in Montréal

In 2019, I arrived in Montréal to study at Concordia University. Montréal was the perfect city to continue my learning journey. Not only was I surrounded by French, since French is Québec’s official language, but the available resources to improve where all around me. There is even free French courses offer by the Ministère de l’Immigration, de la Francisation et de l’Intégration (MIFI).

During my first year, I needed one elective course and I was not sure what to pick. I tried many courses, but as it turned out, I didn’t like any of them. After doing some research, I discovered that if I took any French language course, I would pay Québec’s tuition fees instead of the international tuition, which is much cheaper. This motivated me even more to learn the language and continue my journey. I am now proud to say that I am attending the higher-level course after 2 years of learning French at my university – for reference, I started at the lower intermediate level in my first year.

Looking forward, I will be taking a higher-level communication and grammar class next semester which will be my last semester at Concordia since I will be graduating. I am planning to write the TCF exam (Test de Connaissance du français) next year to see where I stand. I think this will allow me to improve in the areas where my proficiency skills are lacking.

Many people ask me how they can learn French and I always respond by saying: “Just start”. You can’t write, speak, or understand until you put yourself out there. Start by reading some books with very basic vocabulary or by watching some movies in French with French subtitles. This helps a lot when it comes to speaking and making basic sentences that you could use in your day-to-day communications.

In my opinion, you can learn French on your own if you can understand the basics. There are a lot of resources available online to practice. I used Learn French with Alexa to understand the grammar and TV5Monde to improve my speaking and listening.

One tip that I would like to give to future students who are interested in learning French is: Don’t be shy! Take every opportunity you get to speak French, whether it is in your French class or outside. Once you start speaking, you will become fluent much faster, which is the best feeling. 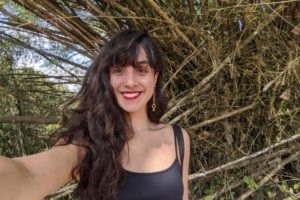 International student at age 33: Starting over from scratch! 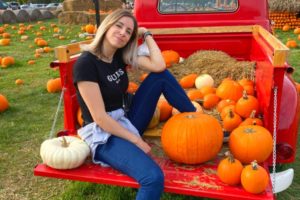 Why I chose to study and work in Montréal

What you need to know before studying abroad in Montréal 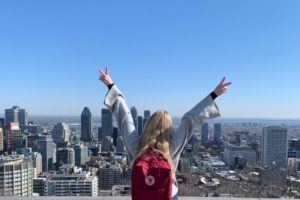