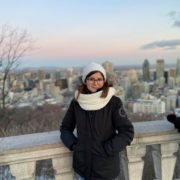 “Welcome to Montréal. Our airline company wishes you a great stay!”

Your flight is finally over and you’ve arrived at your destination! Because you prepared ahead of time, you breezed through customs and immigration. You’ve just picked up your suitcase and now it’s time to leave the airport. If you’re carrying cash, this would be a good time to stop by the currency exchange and change your money. Your Québec adventure is about to begin. But first, it’s time to figure out how to get to where you’ll be spending your first night in the city.

Make your way to Montréal

Grabbing a taxi at the airport is easy, especially if you’re travelling with other people. And a cab will take you downtown quickly for less than $50. Another option is to buy a $10 day pass and take the 747 bus to one of two stops in the city centre, both close to Metro stations. During your stay in Montréal, you’ll no doubt be using public transport like the bus and Metro a lot. As a student, you can get a reduced rate on a monthly pass, but first you’ll need an OPUS card. You can pick one up directly at the Société de Transport de Montréal (STM) office near to Berri-UQAM Metro station. That way, you can top up your card right away so you can make the most of exploring the city.

Stock up on supplies

During your first few days in Québec, you’ll need to stock up on supplies to furnish your new place and food to fill your refrigerator! When you’re shopping, don’t be surprised if the price you pay at the checkout is higher than the price displayed on the shelf. That’s because the prices you see don’t include sales taxes, which are added when you pay. In Québec, we pay around 15% sales tax, which includes both provincial (Québec) and federal (Canada) taxes.

Some products, like fresh food products and maple syrup, aren’t taxed in Canada. Check your grocery bill to find out which products are taxed and which aren’t. You’ll also find that stores selling wine, beer and spirits like the SAQ (Société des alcools du Québec) display their prices with taxes included.

Now that you’ve settled in a bit, it’s time to explore the city! You’ll probably want to grab a bite or a drink while you’re out, so let me explain the concept of tipping.

Here in Canada, it’s customary to tip your server in restaurants and bars, as well as other people who provide a service like taxi drivers, hairdressers and food delivery drivers. Most people leave a 15% tip (calculated on the price before taxes) for satisfactory service and more if the service was excellent, but nobody leaves less than 10%. You can leave your tip in cash or with your debit or credit card.

Think it sounds complicated to calculate 15% on every bill? It’s easier than you think. Most invoices include the pre-tax price, the tax amount (around 15%) and the final after-tax price, so you can basically tip the same amount as the taxes shown. If you eat at a fast food restaurant or café, tipping isn’t mandatory, but leaving a little something at the counter is always appreciated!

Over time, you’ll get used to the rhythm of Montréal life. You might be surprised to find that a lot of stores close late here (some are open 24/7, some close after 9 p.m.) and that bars and clubs close at 3 a.m. Keep in mind that if you stay out late, you’ll need to take a cab or bus home once the Metro closes (around 12:30 a.m. on weekdays and 1 a.m. on weekends).

One of the best things about Montréal is that there are always activities and events going on, whatever the season. You’ll quickly find that there’s always something to do, whether you’re alone or with friends.

And that’s a wrap!

Now you know the basics, you can have fun getting to know the city! Moving to a new country is always full of surprises, so it might take you a little while to settle into your new lifestyle. Don’t be shy to ask your friends, professors or neighbours if you have any questions or need more information about the city. Montréal may be a big city but the people are friendly, and international students are always welcomed with open arms.

Chronicles of a Montréal newbie 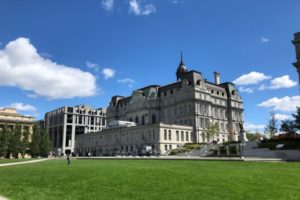 From Karachi (Pakistan) to Montréal 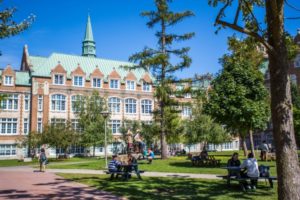 Why did I choose Montréal? 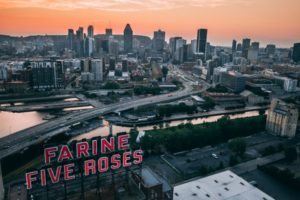 Montréal can be your second home if … 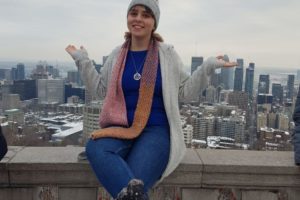