HomeLiveHow to Look for Housing in...

Spending less on housing is already an excellent reason to study and settle down in Greater Montréal.

That said, what must you consider when looking for suitable housing in Greater Montréal? Here are the two main criteria:

Greater Montréal is truly cosmopolitan, with its French and Chinese neighbourhoods, its Little Italy and Little Maghreb. It also has trendy neighbourhoods (Plateau-Mont-Royal, Mile-End), revitalized, former working-class districts (Verdun, Hochelaga-Maisonneuve), many neighbourhoods for families (Ahuntsic, Rosemont, Boucherville, Saint-Hubert and many others), a few historic districts (Old-Montreal, Old Longueuil, Old Sainte-Rose) as well as neighbourhoods offering an enviable access to the water (in Lachine, Boisbriand, Laval, Brossard and Oka, to name a few).

Before you decide, take the time to discover which part, among the Greater Montréal’s various neighbourhoods and districts, best reflects who you are.

Before you decide on housing, familiarize yourself with the public transit network. Certain areas in Montréal, for instance, are better serviced than others by the Société de transport de Montréal (STM).

Among other things, look for a place near a metro station, which gives you quick access to central neighbourhoods.

The Lease: Make Sure You Read it Carefully!

The lease is the agreement used to regulate the owner-tenant agreement. Generally it describes the building’s rules, sets the price of the rent for a given period, sub-rental conditions, etc.

In Québec, most housing is rented on an annual basis, from July 1 of one year to June 30 of the following year.

July 1 is Canada Day, but in Québec, it’s also official moving day! Don’t be surprised to see a joyful mess on the streets of Greater Montréal on that day.

July 1 is Canada Day, but in Québec, it's also official moving day!*

*No specific laws exist regarding the start date and end date of a lease. People can still rent accommodation any time in the year. 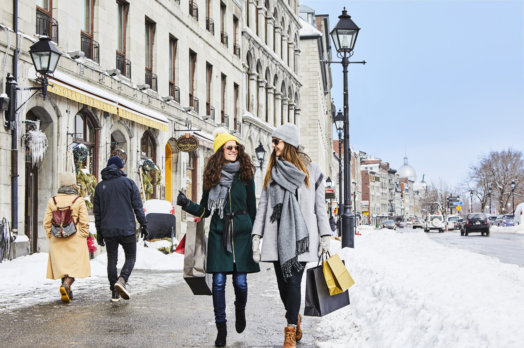 How to Successfully Manage Your Personal Finances