HomeBlogA taste of Europe in Montréal

A taste of Europe in Montréal 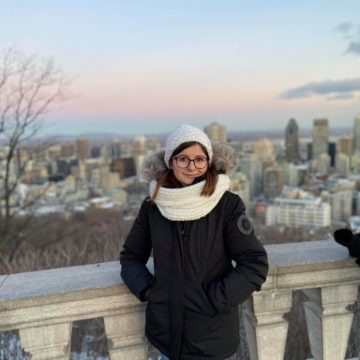 Montréal is more than a big city in North America with skyscrapers, residential neighbourhoods and iconic landmarks. The island also shares fascinating ties with Europe in a bunch of different ways. Like Québec City, Montréal boasts a rich history and represents the ideal blend of North American and European culture.

As you make your way around Montréal, you’ll notice three different flags flying—those of Canada, Québec and Montréal. The latter two feature the fleur-de-lys, a symbol that showcases Québec’s historical link with France and its sovereign nations.

The Montréal flag also features a red rose, thistle and clover, representing the city’s traditional ties to the United Kingdom. Respectively, they represent the English, Scottish and Irish communities that settled in Montréal. In 2017, the white pine was added, symbolizing the island’s connection with indigenous communities. The Montréal flag is a way for the city to honour its history and roots so its origins are never forgotten. 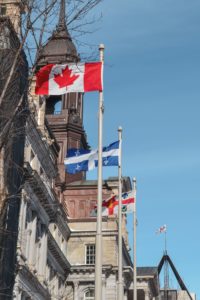 The most recognizable link to Montréal’s European roots can be found in the Old Port. This world-famous quarter showcases the history of the city, while more recent architectural additions lend a modern flavour. Here you can find historical buildings, cobbled streets and the spectacular Notre-Dame Basilica—the smaller cousin of Paris’ iconic cathedral and one of Montréal’s must-see sights.

Walking around downtown Montréal, one of the things I love most is the contrast of old and new. Modern skyscrapers soar next to 18h century buildings and somehow never seem out of place. Whether its religious landmarks or business towers, fans of architecture flock to the city to see flagship buildings like the Town Hall and St. Joseph’s Oratory.

European influence on the Montréal way of life

From the moment you arrive in Montréal, the European influence on the city is clear.

One of the most noticeable influences is the French language, the mother tongue of many in Montréal. If French is your first language, it’s fascinating to live in a city that has a totally different culture but where people speak the same language as you. It may be missing certain customs from home, especially if you come from France. But you can find traces of it everywhere you turn, from locals playing pétanque in the Plateau parks all summer to the outdoor food stalls at Atwater Market. Here you can find a range of French terroir products that are difficult to find elsewhere. You can also find products from home in specialty stores, but watch out for the elevated prices!

In contrast, Montréal also boasts a vibrant English culture, in both language (yes, a lot of people speak English here!) and customs. It’s not uncommon for Quebecers to eat dinner earlier in the evening, like in England and other European countries. The Canadian government system also shares a lot of similarities with that of the United Kingdom. And you can find a range of English tea and specialty stores, along with Irish and Scottish pubs in the city centre.

Explore for yourself to find more European connections!

In this article, I’ve shared my own personal experiences after exploring over the past few months. I’ve focused on Montréal but the European influence can also be felt in other places like Québec City, which has its own historical, European-style district. From nods to France, the UK and other European countries, I still have a lot to discover in Montréal and the province of Québec in general. If you live here already and you’re curious, why not explore and find your own European ties? In a big city like Montréal, there’s always something new and surprising to discover!

COVID-19 | We are all in this together 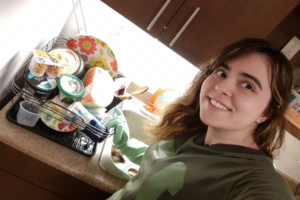 Continuing your education in Montréal 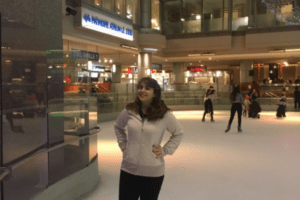 A place where you can grow 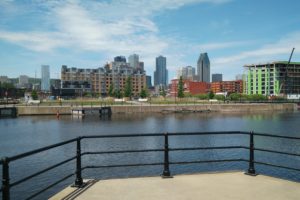 How to spend summer in Montréal as a student 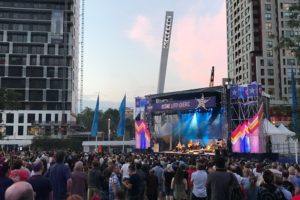